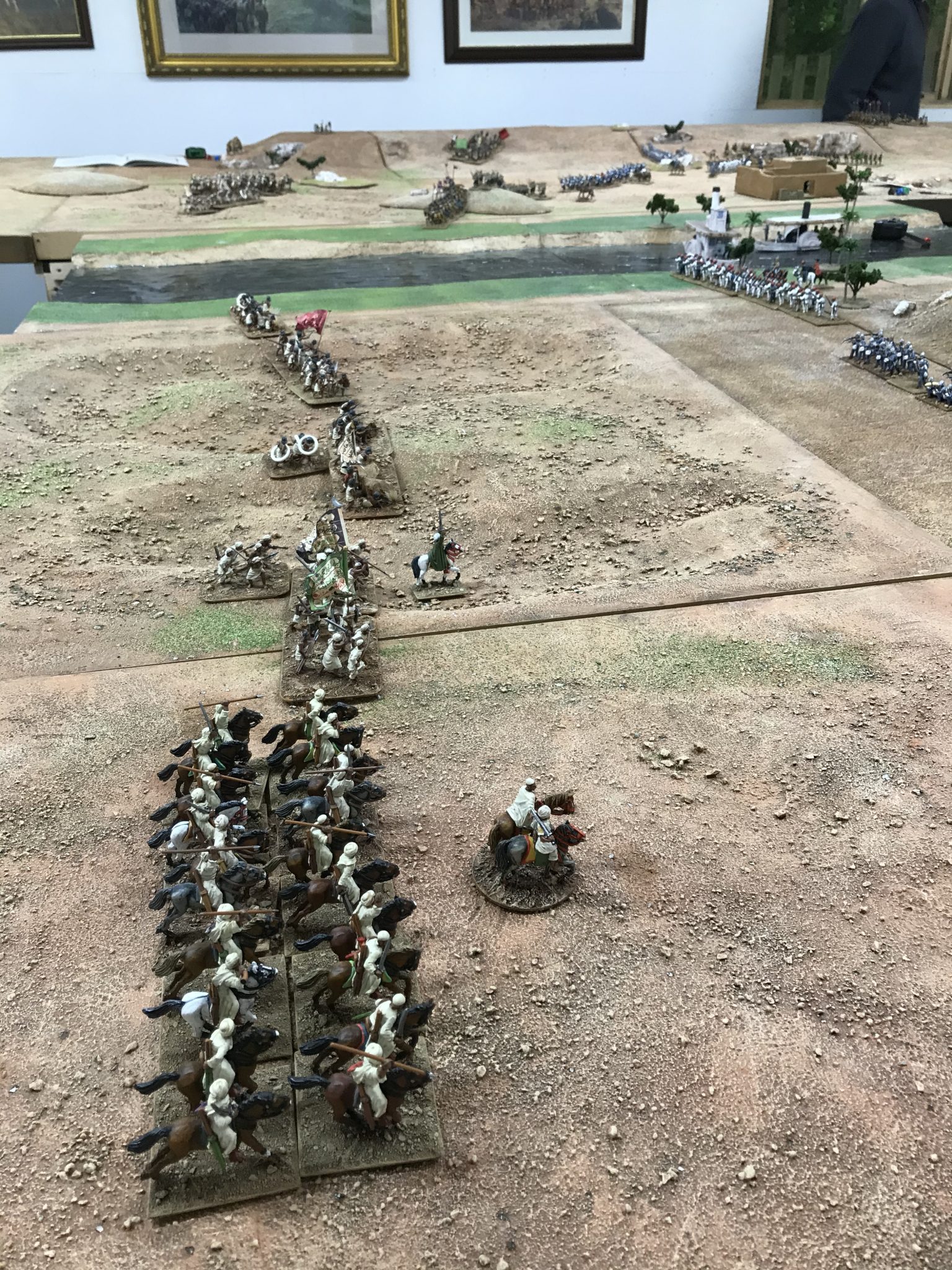 With the high ground taken and a solid line formed both columns decided to hold their positions until nightfall.

The Mahdists had other ideas! First card of turn 9 was Drums stop!
All Mahdists attack nearest enemy! Again the volleys were not effective! Now at medium range the Battalions Rapid Fired!
This was more effective apart from the Egyptians who panicked and missed!
Luckily a company of the Berkshires put an effective volley in. The Mahdist horde now reached the line and took a closing volley.
This was devastating, most of the Mahdists fell, those that reached the line were sent reeling backwards by cold steel(they don’t like it up em!). So the River column survived with only a few casualties!