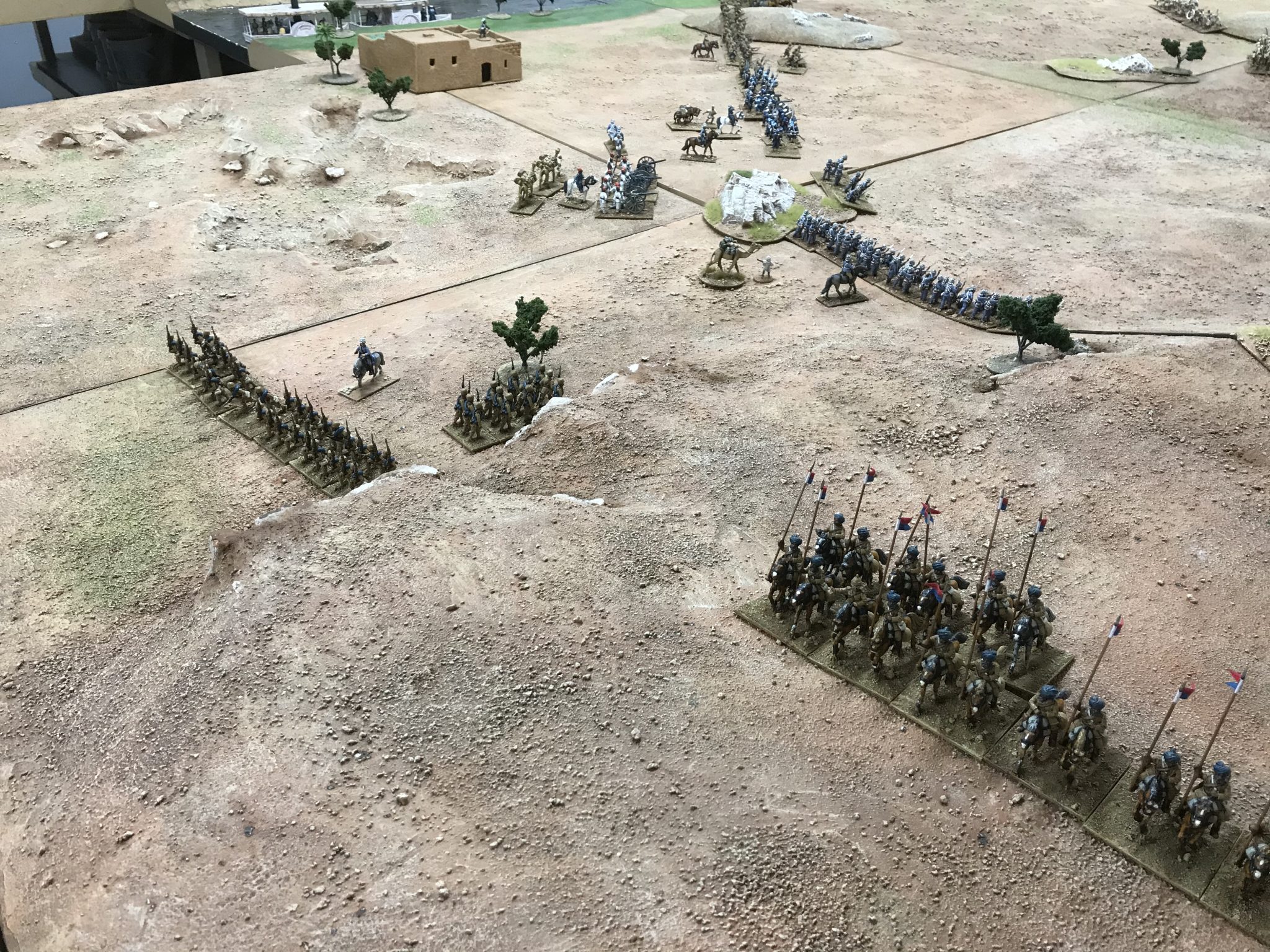 With the heights taken by the River Column their position was secured during these four moves.
All while the drums continued! The Dervishes slowly grew stronger but withdrew out of Rifle range.

The Camel Corps withdrew from their slightly exposed position on the left flank. The Desert Column advanced slowly towards the ever growing Dervishes.

The Sphinxes head was now clearly visible to the Column Commanders!
Major Kitcheners message preying on their minds, the Column paused.
All most immediately a small number of Dervish Riflemen appeared to their rear. This caused the Bombay infantry and Bengal Cavalry to about turn.

Captain Barrington Smythe took onboard locals who wanted to leave the Sudan.
And set sale.